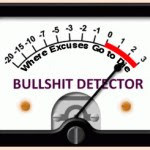 I don't often call out patients.  Something about bedside manner that we sort of learned in medical school.  But a recent encounter with a patient makes me think maybe we should all do it more often.

I was sitting in a multidisciplinary assessment of a patient in a clinic where I work sometimes.  Now I believe many of this patient's concerns about her condition are quite valid and I have a lot of sympathy for her plight.
She was going on about how for health reasons she only buys food directly from farmers she knows or eats game that her husband and she hunt or is hunted by people they know.  I have no problem with this.  I like to buy some but not all of my food at farmers markets often paying 50% more and while I don't hunt, I am not against hunting and if somebody offers me game I always take it.  I should support somebody who is trying to be pro-active about their health.  Except.....

She smokes 2 packs of cigarettes a day despite now having COPD.

I had been letting my colleagues run the interview until the alarm from my BD became too loud in my head.  5 years of administration has increased my BT but this was too much.

"If you are concerned so much about what you eat," I said, "why do you continue to smoke, given all the harmful chemicals in cigarette smoke."  She replied that she had smoked for 30 years and was unable to stop.  The visit went on and I don't believe she came back for a follow-up.  OK, I am busy enough and maybe I couldn't have helped her anyway.  I also appreciate how difficult giving up smoking is, because really with all the evidence about how dangerous it is to your health, everybody who is capable of stopping has.

A few years earlier, I had another almost identical  patient and never challenged her on this but maybe I should have.

This encounter made me think however.  Are we hurting patients by not challenging them on their beliefs or behaviours.

A good example is the resurgence of vaccine-preventable diseases.  Now many of the patients/parents are not going to listen to reason, however how many family docs or paediatricians knew of patients in their practice, who had not been vaccinated and never challenged this because calling bullshit goes against our concepts of bedside manner plus you depend on the income from their office visits (and if you are in a small town, the visits of their friends and relatives).   Sure, most of them wouldn't have listened but maybe a couple would have.   Call bullshit.

Obesity.   Look I weighed myself yesterday and I am pretty upset with what I found, not that I am going to forgo the Chinese buffet for lunch today.  But when your BMI 60 patient tells you, they do know why they can't lose weight because they don't eat anything, why not tell them that just to maintain that weight they need to consume 6000 calories a day and unless they have evolved to develop the capacity to photosynthesize, something is obviously going into their mouths.  And when they say they can't exercise because of their knee or back pain, tell them that exercise doesn't work without caloric restriction.  I have a lot of sympathy for fat people because I am one of them and I know how easy it is to gain weight and how difficult it is to keep it off but the odd person does this successfully and if you don't challenge them they might not get started.  So call bullshit.

Drug allergies.  A few years ago while still department head, I got a letter from our Patient concerns office.  Apparently a patient had presented for surgery with multiple anaesthetic "allergies".  Instead of trying to give an anaesthetic with the 3-4 remaining drugs she was not allergic to yet, my colleague called bullshit resulting in a complaint.  (In my response I called bullshit on the surgeon, who should have had this taken care of before the patient reached pre-op holding.  Sure as a urologist, he probably didn't talk to her but with these patients the "allergies" are usually the first thing they tell you about.)  Likewise my colleague who argued with a patient about her morphine allergy.  He got written up despite giving the patient dilaudid intra-operatively.  Then there is the adrenaline allergy which I saw a couple of weeks ago.  The patient said it makes his heart beat fast.  What happened of course was during an adventure in the dentists' chair a little or a lot of local with epi went intravascular, as happens even with good dentists, and instead of manning up and telling the patient this, the dentist took the cowardly route and told the patient he had an allergic reaction.  So if this patient actually has a real anaphylactic reaction under my care, am I going to go searching around for vasopressin or whatever else might work?   No of course, I am going to call bullshit and use adrenaline.  Likewise the local anaesthetic  "allergies" after a misadventure in the dentists' chair.  Penicillin allergies?  Years ago I almost killed a child with vancomycin because of a "penicillin allergy"  ( it was my resident but I am old school and take responsibility for what trainees under my supervision do).

And of course when the patient mentions how great his chiropracter/naturopath/homeopath is, call bullshit and remind them that when they have a medical problem at 3 am it won't be any of those 3 seeing them.  This also applies to conventional practitioners.  When you patient refuses to take your medication because of something the pharmacist told him, remind him that you went to university the same number of years as the pharmacist BEFORE you went to Medical School.  (I call bullshit on myself here; I only did 3 years of undergrad before going to Medical School).  Having said this, I do work closely with pharmacists and have gotten a lot of good ideas from them.

Surgeons who want to do cases after hours because patient has cancer.  Sorry unless it's an obstruction or a pathological fracture.  I already blogged on this.  Doing the surgery tonight or on the weekend makes no difference to your patient's survival and I am sorry that your patient got cancelled earlier because they misunderstood the NPO instructions or they had medical issues or as is usually the case, your list ran over because you still haven't figured out how slow you really are but after hours is for broken bones, appendicitis etc.  Likewise the guy who presented with renal colic 2 weeks ago but is now pain-free and afebrile; not an emergency.  I call bullshit.
Surgeons who game what after hours prioritization system you have decided to use so that they can do their cases when it is convenient for them.   Surgeons who bring in cases off their wait list to make their on call financially worthwhile.  I call bullshit.

And of course admin.

I call massive C Diff, enterococcus filled bullshit on just about everything Infection Control does.

No money for anaesthetic machines but you want to put a Pyxis in every OR.  I call bullshit.

Calling bullshit on admin, as I found out doesn't work which is why I have all this free time to write a blog.  Not that I discourage it.

Reefer Madness Part 4 and Another 15 Minutes of Fame.