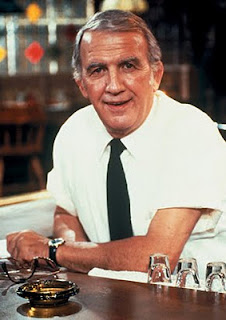 http://blog.openmedicine.ca/node/323
This is an interesting idea for CME or CPD or whatever they call it nowadays. Why not spring training every year for everybody. Go over some new things in medicine, practise up on skills that are rusty.
The idea of coaching is interesting too. When a player is having trouble at the plate, he asks a coach (an ex-player) for help or the coach approaches him. Why don't we have a similar model in medicine?
Eventually some academic will have this idea which he will promote as if it is a new concept even though baseball has been doing it for a century now.
Posted by Bleeding Heart at 11:10 a.m. 1 comment:

I hate to use this blog to vent my personal problems. No actually that's why I have a blog.

Many years ago after using pay as you go plans, I decided to get a dedicated cell phone with a number and all the gadgets. At that time there were 3 cell phone providers in Canada. As it was more or less six of one and half a dozen of the other (actually 3 of 1 and a quarter dozen..) I ended up with Bell. Up until now Bell has not been bad to me, they have not been particularly good to me either. Periodically Bell calls me and tells me that my contract has been extended. They never ask me if I want it extended and I never argue.

I also signed up for e billing. I hate filing phone statements and as they were automatically debiting my card and am going to lose any fight over the statement anyway (as I found out) so why use it. I had to chose a user name. The usual user names, my first initial and last name or vice versa weren't available so I chose another user name which I of course forgot.

About a year and a half ago I got an i phone. As I was still under contract with Bell, I picked it up at the Bell kiosk in the mall and got a new data plan which enabled me to surf the Internet with my phone. Of course they tell you that you get X number of free bytes of downloads but neither I nor the salesman actually know what that amounts to in the real world. I of course knew that the monthly cost they quoted was nowhere near what I was going to have to pay. When a cell phone company tells you your service is going to cost $X, it is about the same as the surgeon telling you he is only going to take an hour.

By September of 2010 I was so attached to my i phone that when I went to Europe I wanted to be able to use it. I phoned Bell on the #611 number explained that I was going to Europe and wanted to be able to use my phone and download data and the nice lady at the call centre sold me a package. Because my visit overlapped my billing period she said I would have to pay for two months which is a bit of a rip off but hey Bell are not the only people who do things like that. Off I went to Europe where I was able to use Google maps, phone home, receive texts and even almost got a call from the one patient who has managed to get my cell number (I recognized the number and didn't answer). When I went to Africa in June, I spent a couple of days in Belgium and just to check I tried to use my i Phone and got no service.

I continued to see these bills for Bell on my credit card statement and they were a little high but not excessively high so I just figured I must be downloading too much. I kept saying that I should really look at my statement but I had forgotten which of the alternate user names I used and the only way to find out was to log on to Bell's site which of course required my user name. I suppose I could have just called #611 but I really didn't feel like spending time on hold when I have more important things to do like blog, go on Facebook and watch Big Bang Theory re-runs.

Just last week, I tried to log on again and much to my surprise Bell had upgraded their website so that it was actually possible to find out what my user name and password were. I still didn't get around to checking until today. That was when I found out that I had been charged $60 a month for the past 14 months for service in Europe that I wasn't using (I promptly cancelled it on line). I promptly phoned #611 and after a surprisingly short wait (at 0900 on Sunday morning) I talked to a customer service rep who informed me that she could refund the past three months but that was all. She pointed out that I should have checked my statements, I pointed out that I had not asked for more than 2 months service and that if I had planned to relocate to Europe, I would have bought a cell phone there for considerably less than what it costs in Canada. I of course got nowhere. I told her that while I was under contract until 2012 or 2013, I would definitely not forget this and I would be using a different cell company assuming they haven't all amalgamated by then. She seemed unconcerned. Obviously not a shareholder.

So okay, I should have checked my statements. I might even have picked up on it earlier. But that logic is like saying, it was okay for me to burglarize your house because you didn't lock the door. Or say Bell through some glitch forgot to bill me for the past three months, do you think I would have gotten away with saying, "Sorry you should have checked your statements?"

Bell Canada's most recent profit was $2.1 Billion. I wonder how much of that profit was generated by people like me who didn't realize they were paying for services they hadn't asked for and weren't using.
Posted by Bleeding Heart at 11:50 a.m. 3 comments:

It made me think. When was the last time you saw a doctor getting heroic chemotherapy or having a "metastasectomy" or a tumour debulking. Or for that matter saw a doctor on a ventilator. Or having a redo CABG. Or attended a Code on a severely demented doctor with no DNR order.

My son took biomedical ethics course. No.... he is not in medical school, doctors don't take ethics courses but we did actually have some discussions about ethics. I have a little problem with ethics as it tends to be jargon focused but I thought about this and sad basically ethics comes back to the the Golden Rule: Treat others as you would treat yourself.

So the question is: why are we treating patients in a fashion that we would never ask for either for ourselves or our families?

Just asking.
Posted by Bleeding Heart at 7:36 p.m. No comments:

Once again it is nice to know that somebody actually reads my blog and Paul Turnbull responded rather quickly to my last post.

His reply is much too important to deal with in the comments section.

He commented in italics and I have responded in bold:

While it's fine to oppose operations like this you could at least try to be accurate. The Canadian air force in Libya definitely did fire shots. By the end of August they had been involved in a disproportionate number of the air strikes (over 700) and the Navy had been involved in at least two battles with Libyan ships. I believe it was the first time since the Korean war Canadian warships actually fought.

Yes you are right, I checked on the internet and found a National Post article which confirms your comment. Like most Canadians I rarely read the National Post (and never buy it). The National Post which is the official paper on the Canadian Tea Party essentially prints government press releases.

So while our Air Force did fly over 700 missions, it is not like they were having dog fights with Messerschmidts or MIGs.

And please remember.... it was Libya. We beat Libya.

And while Canada's mission in Afghanistan was not an unmitigated success Canadian troops definitely did not get their butts kicked. They held the most dangerous province of Afghanistan for over five years.

If you support Canadian troops at least acknowledge what they have accomplished.

If you call living in a fortified camp and going out in heavily armed convoys holding the most dangerous province in Afghanistan, you are welcome to your opinion.

Canada only joins a list of countries who have failed to conquer Afghanistan including Britain, the USSR and most recently the US who are also getting their butts kicked.

And I support our Canadian troops. It is their leaders I am a little disgusted with.

Personally I'm ambivalent about our participation in the Libyan intervention as I agree with you that things might not have been this bad if the west hadn't cozied up to Gaddafi for the last few years. On the other hand I also see it as the U.N. doing what it was actually designed to do: provide a mechanism for nations to deal with state's like Libya.