Merry Christmas or Whatever You Want to Call It

I am sheathing my sarcasm for the holidays.
Hope to return with a vengeance in 2014.
Posted by Bleeding Heart at 12:25 p.m. No comments: 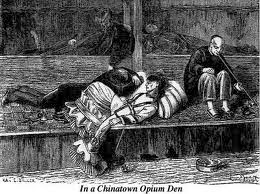 I attended a meeting last week.  There were about 20 people at the meeting including the administrator of the hospital, the chief of staff and just about every mid-level administrator.  Scheduling this meeting no doubt took at great deal of time because they wanted everybody to be able to attend.  This even cancelled it once because one person couldn't be there.

There are a lot of important issues facing our hospital right now.  We are in an old poorly constructed building where elevators freeze and pipes burst regularly.  Our emergency is plugged up with patients waiting to be admitted because there are no beds available.  Our operating room has been told it has to cut $800,000 from its budget (without cancelling any cases apparently).  All good reasons for a large meeting of the minds.  None of these were what the meeting was about however.

The purpose of the meeting was to discuss the hospital's Controlled Substances Policy.

Anaesthesiologists are alone among physicians in directly administering narcotics to patients as opposed to giving an order and having a nurse administer narcotic.  We give short acting narcotics like fentanyl and remifentanyl for induction and maintenance of anaesthesia and we give longer acting agents like morphine or hydromorphone for analgesia.  We give drugs by bolus, we give them by infusion, intravenously, epidurally or intraspinally.  We also use controlled drugs like ketamine.  Some other drugs we use are not (yet) controlled but are prone to abuse like propofol and midazolam.

When a nurse wants to give a controlled drug, she has to get the drug from a locked cabinet (usually after tracking down the nurse who has the keys), count what is in the locked cabinet usually with another nurse, write the drug in the narcotic book, give the drug to the patient and if the full dose isn't given, the wastage must be verified again witnessed by another nurse.  This is while the patient who was told not to ask for analgesia until it was REALLY necessary is writhing in pain, pushing the call button.

At our hospital we do things a little differently in the OR.  At the beginning of the day, based on what I think I will need, I log into our Pyxis machine and sign out whatever I think I will need for the day.  I generally leave them on top of my anaesthetic cart.  I do write down what I give to the patient on the anaesthetic record but when I want to discard any drug, say for example I only give 5 mg or a 10 mg morphine amp, I just throw it in the sharps container without any witness.  Quite often I may split an ampoule between 2 or more patients.  Remifentanyl for example I dilute to 100 mcg per cc and use 50-100 mcg on induction using of course a clean syringe for each patient.  I like remifentanyl infusions, to save time I often mix up a whole bunch at one time and then divide it amongst patients.  I could just use a separate 1 mg remifentanyl ampoule for the 100 mcg dose on each patient at $40 per ampoule but somewhere in my pedigree there was a Scotsman who reminds me that this is wasteful.   In addition the drug shortages we have recently experienced makes it all the more attractive not to waste drugs.

At various times in various hospitals I have had to fill out narcotic sheets where we write the patient's name (or use a sticker) and write  down what we gave them.  Most of us gave this up when we found out that nobody actually read these sheets.  Besides we already document the dose on our anaesthetic record.

At the end of the day I could sign the drugs I didn't use back into the Pyxis but why bother?  I just lock them in my locker and use them the next day.  This is by the way legal in Canada for physicians.

Propofol and midazolam are supplied on my anesthetic cart at the beginning of each day and restocked as necessary.  Because we spotted somebody (not an anesthesiologist) flitting around the ORs one evening probably sniffing gas, we now secure our anaesthetic carts with a plastic tie, just in case somebody is helping themselves to the odd vial of propofol or midazolam.  (We decided not to lock them because we know the key will inevitably be lost.)

At some hospitals a narcotic kit is dispensed containing a sampling of various narcotics that can be used during the day.  This entire kit can be signed back in so that pharmacy can keep track of what has been used.  Stocking these kits is very labour intensive for pharmacy who hate them which is why we don't use them at our hospital.

Apparently a couple of times a week, there is a discrepancy between the amount of drugs dispensed, the amount returned and what is left in the Pyxis, which is a headache for nursing and pharmacy but up until now not for me.  I have no idea of what type of skulduggery is necessary to resolve these discrepancies and really don't intend to try to find out.

All this is causing dyspepsia for the Stasi lady from our quality department who is behind these meetings.

The result of the meeting was that we all lost an hour of our lives and came no closer to the solution.  Most people gently pointed out that doing anything like what the Stasi-lady wanted was clearly impractical and most likely impossible.  Pharmacy pointed out that they would need more resources if the letter of the law was to be followed.  I pointed out the impracticality and futility of charting wastage of narcotics in a busy OR.  We will meet again sometime in the future when 20 or so people can find a mutually acceptable spot in their timetable.  I expect to be able to string this out until I retire.

Aside from it being the law, what is the big fuss?

Drug diversion certainly is a problem although probably less of a problem than some people would make it out to be.  Drug use is a problem in a small minority of anaesthesiologists although we are apparently more likely to abuse injectable narcotics than our colleagues who don't have the same access. (I interview prospective residents and I have not yet met somebody who said that he wanted to go into anaesthesia because of the easy access to narcotics.) Abuse of injectable narcotics has three issues.  There is first the illegality of it, second the effect on the health of the abuser and most importantly the effect on patients of being cared for by an impaired anaesthesiologist.

When anesthesiologists are caught, as has been pointed out over and over again, it is not because of tight narcotic controls and documentation; it is because of behavioural changes. Narcotic addiction is a horrible problem but alcohol abuse and addiction is probably a worse problem among physicians.  The biggest cause of impairment in physicians is fatigue, something I have never heard administration expressing any concerns about.

The bottom line is, you do have have to trust people a little but at the time realize that they can and will screw up and be vigilant against this.

Lost among this discussion is the patient.  We give narcotics for a reason.  We give morphine for pain because despite all its downsides we haven't yet found a better way to deal with pain.  We use the fentanyl family because they blunt the response to intubation and are cardio-stable.  Just how important these properties are is questionable but most of us like them.  Remifentanyl with its short half life is a great drug for induction and maintenance of anaesthesia.  Any time you make narcotics harder to use, a significant proportion of docs and nurses will just say, "to hell with it" and not use them which means that the patient will suffer.

As I said to somebody as we left the meeting, "the hospital has way worse problems than this.""