This post is puts it more eloquently than I ever could and to our credit (and to everybody elses discredit) is written by an anaesthesiologist.

Right on.  During the touchy-feelie parts of medical school I had to endure, they  talked about the importance of touching patients and how to do it in an appropriate fashion.  Aside from the touchy-feelie aspects, we learned in our physical exam sessions that you could actually get useful information like skin temperature, clamminess, edema and texture just by touching patients.  I haven't come across it yet but I suspect some people are now donning gloves just examine patients or take their blood pressure.

Nobody likes to be a vector for infection but our infectious disease department expects you to wash your hands before AND after wearing gloves so the gloves are mainly for your aesthetic protection. I wear them now for starting IVs and doing injections in the Pain Clinic but I know they don't protect against needle-sticks.

Patients in isolation are another matter and the odd time I have to assess a patient either as chronic pain consults or for anaesthetic purposes, I feel like my hands are metaphorically tied behind my back.  Trying to assess and counsel a patient while dressed up in a yellow gown, paper hat, mask and gloves sends the wrong type of message to the patient at what may be a stressful time for him plus it makes the examiner so uncomfortable that I at least just want to get things finished and get out of there as quickly as I can.  Hardly good medicine.

As the author points out there is a great deal of information that can be obtained with a good stethoscope and I must admit that in the holding area, I am often remiss in this.  Stethoscopes according to our infection control department are difficult to sterilize without damaging the plastic.  They haven't gone as far a banning stethoscopes which would really look bad, not that more than half of doctors even own one now, but are just ignoring this.

Laennec's stethoscope here is easily sterilized.  Maybe we should go to this one.
Posted by Bleeding Heart at 9:26 a.m. No comments: 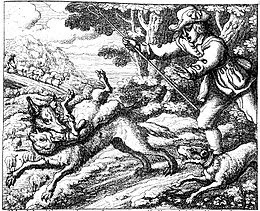 Something embarrassing happened to me a few years ago.  I was on call and went up on the wards to see a few patients with epidurals.  Our hospital like just about every hospital I have ever worked at periodically has the fire alarms ringing endlessly either as drill or because of what is almost always a false alarm somewhere else in the hospital.  I have no argument with hospital fire alarms going off indiscriminately.  After spending about 15 minutes on the wards listening to the alarms I retreated to the relative quiet of the operating room and went to our department's office which is adjacent to the recovery room.   I sat by the computer and started wasting time on the internet when the nurses in recovery room pushed the panic button which sends a loud alarm which can be heard all over the OR telling any anaesthesiologist who is available to get his ass to the recovery room because something bad is happening.  That would normally have been somebody like me who was sitting at the computer about 10 feet away.  Problem was having just come from an environment of alarms, I had been completely habituated and continued to surf and it was only the stampede of about 7 colleagues who had abandoned their patients on the table which alerted me that something was actually wrong.  Seeing my colleagues had the situation in hand, I slunk out of the office lest anybody ask why I hadn't gotten off my ass.

I still remember the first time I went into an operating room in second year medicine.  The one thing I remember was the sepulchral quietness of the room, the sound of the ventilator bellows, the beep of the EKG monitor, the Muzak in the background and the hushed voices.  If you went into any operating room today, it is a pretty good chance that at least one alarm will be going off.

I suspect that if most anaesthesiologists are like me, they spend a few minutes a day turning off as many alarms as their machine and monitors will allow.  Because they are annoying and they distract you from the alarms and sounds you actually need to hear.  (Actually one of my colleagues sets the alarm limits so that the alarms will go off all the time when he is working afterhours because they keep him awake.)

In 1986 when I started my residency there were very few monitors or alarms.  We had an EKG, a manual blood pressure cuff and some people used a precordial or esophageal stethoscope.  When we got the pulse oximeters many surgeons complained about the extra beep.  (The ENT surgeons of course hated them because they showed how much patients desaturated during endoscopies).  Now we have NIBPs which will alarm if the pressure is too low or high or more frequently because they can't get a reading, EKG with their alarms for high and low rates (the new monitors we bought had QT interval alarms which given that anaesthetics increase the QT, alarmed continuously until we figured out how to turn them off), ETCO2 and who knows what else.

Alarms on machines have proliferated.  The first machines I used as a resident had disconnect alarms and oxygen monitors which alarmed if the FiO2 dropped below a limit.  These were actually after-market devices which where added onto the basic machine which was sold with no alarms at all except for the ingenious fail-safe whistle which went on if the oxygen supply failed.

It was early in my residency that our local Centre of Excellence purchased it's first Drager machine not affectionately known as Herman.  Herman had alarms for everything and gave an annoying de-da-de-da-dot over and over again.  The Drager rep proudly told me that they had done research and had ascertained that this combination was the most annoying and difficult to annoy combination of sounds.  Thanks guys.   We are currently trialling machines at our hospital.  I asked the rep if it was possible to customize alarms like cell phone ring tones.  I suggested that I would like "Another One Bites the Dust".  He laughed a little nervously.

Now every anaesthetic machine comes with an array of alarms for a variety of conditions.  Some of them I don't even understand.  There are alarms like High Inspired Gas which goes off when you are trying to do a mask induction and low MAC which goes off when you are trying to wake a patient up or doing TIVA with a little gas for your own piece of mind.  When I get the alarm, I first look at the sat, the ETCO2 trace see if the patient seems to be getting anaesthetics and oxygen and then randomly make adjustments until the alarm turns itself off.  To turn off or adjust the limits on many of these alarms it is necessary to hunt through multiple menus until you get to where you are at.  This just distracts you from important things you could be doing like reading the paper, surfing the internet and oh yes monitoring the patient.

On top of this we have other alarms besides ours going off in the OR like the tourniquet which alarms after an OR plus on top of that we have the artificial noise from the cautery.  The electrical beds our hospital recently bought emit a piercing alarm when the bed is unlocked (i.e. when you are moving a patient in or out of the OR on his bed).

We started doing endoscopy sedations about 2 years ago.  After a few weeks, the supervisor came to me and asked if I could get my staff to either a)  turn the alarms off or b) do something about them.  The major culprit was the ETCO2 alarm attached to the nasal prongs.  As I found out a few months ago when I tried using it, no matter how you set the limits it basically continuously alarms even in conscious patients whom you haven't even touched yet.  Despite this our national association has made this a standard of care.  I suspect the wise people who make these standards are academic anaesthesiologists who haven't given a real anaesthetic without a bevy of techs and residents to hold their hand and wipe their bum in years.  Some people have advocated that the people we currently monitor on the ward with pulse oximeters should get these ETCO2 monitors instead.  I can only imagine the frustration of the nurses at the false alarms generated by these machines and speculate at how long before one gets pitched thru the window.

And of course it is when the shit is actually hitting the fan that the alarms become most annoying.  Like, yes I know the BP is 40/0 and I am trying to do something about it so shut the fuck up!  Our recovery room nurses are forbidden to turn off or silence alarms so the odd time I bring a patient out with sats in the 80s I have to listen to the alarm until oxygen is applied and the sat comes up on its own as it mostly always does.

It would be nice if we could say that most of the alarms actually enhance patient safety.  Anaesthesia is a lot safer now than when I started in 1986 and not because we have more alarms but because we have the pulse oximeter.  And further it is not the cut-off point of the alarm which is important.  A gradual drop in the SaO2 from 99 to 94 probably needs to be looked at and if you are going to wait for the alarm to go off at 90 you may have missed the boat.  Curiously most of our pulse oximeters have a default setting of no volume on the pleth so I have to actually turn this feature on every time. Likewise a gradual trend upwards in the heart rate may indicate something sinister well before the high heart rate alarm goes off.

I am certainly not advocating returning to the state of monitoring which existed when I started my residency. I remember as an intern working with the Professor of Anaesthesia who lectured me over the whole day on how much monitoring was unnecessary and how  he hardly ever put EKG electrodes on his patients (he even knew how much each one cost).  It would of course be interesting to know how much we spend on EKG electrodes per event recognized and treated and I suspect it is thousands of dollars, not that I am going to give up my EKG.

Posted by Bleeding Heart at 6:48 p.m. No comments: