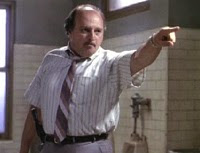 When I was on the Big Pharma speaker gravy train, I used to give a lot of talks on prescribing opioids for chronic pain.  In one talk I remember saying that you had to be at the same time Rex Morgan and Sipowicz from NYPD Blue.  In retrospect I don't think I influenced a lot of doctors; most of them, I now realize, were there for the free meal or for the CME points.

While no one can agree on how or whether to treat chronic pain and the prescription of opioids is controversial there are certain facts or beliefs I still hold.  One is that a certain percentage of patients have pain that no amount of exercise, lifestyle changes, or chat therapy is going to help.  The second is that a certain percentage of patients do well on oral opioids.  The third is of course that some patients are in both groups.

Oral opioids of course come with a price.  A certain percentage between 6 and 15% will become addicted to them.  Addiction is different from just using opioids, it is different from developing a tolerance to them and it is different from developing a withdrawal syndrome if you stop taking them.  This confusion always clouds any discussion of opioid addiction both in the medical and lay community.  The other issue is that a certain percentage of oral opioids leak out into the community where people buy and sell them for non-pain related issues.

The problem of course is that no matter how carefully I assess a patient, no matter how many addiction screens I administer, I can't predict with certainty whether a patient will become addicted to his medication or whether I am being duped and he intends to sell his OxyContin. 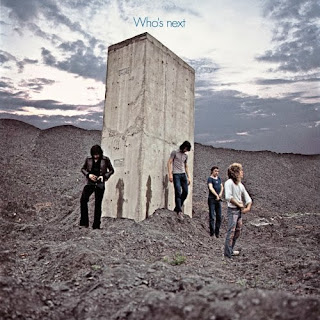 According to the gurus of universal precautions, everybody should get a urine screen on initiation of treatment and regularily.  This includes both the little old lady with a compression fracture and the oil field worker with the bad back.  Once you start administering UDTs however, you shift over from Rex Morgan to Sipowicz.

Firstly no matter how nicely you explain it, asking someone to pee in a bottle before you prescribe them a medication starts your relationship off on a rather strained note.  A significant number of these UDTs are negative which means you have done them for no good reason.  The next issue is how you deal with the positive results.

Probably the worst thing that can happen is that the medication you are prescribing is not even in the UDT which means the patient is not taking the medication and presumably selling it.  Some narcotics don't show up in generic UDTs, in our centre hydromorphone doesn't.  Most psychopaths are smart enough to at least take some of the drug they are getting from you and selling, so that doesn't happen very much.   Our lab tests for methadone metabolite, presumably some people just added the liquid methadone they weren't taking to their urine sample.

What happens more frequently is that another substance shows up in the sample.  Marijuana is quite common.  Quite a few of the patients I see freely admit to smoking marijuana either recreationally or for pain reasons.  I used to smoke marijuana, all my friends in university used to.  Most of us just raise our eyebrows at this and go on.  Cocaine and amphetamine are a bigger concern and generally when these show up, it is time for a serious talk or to discharge them from your practice.  This is what I did recently when I discovered a patient of mine had had 3 recent positive tests while under the care of another doctor.

Is it perhaps time to look at cocaine use as a marker for addiction.  Taking out the crack and meth heads, a lot of people who we call respectable use cocaine occasionally or regularily.  As has been observed, if it was not for the apetite for cocaine in the affluent class, it would not be worth importing.  Patients and physicians who treat these patients, have told me that cocaine use is part of the culture in the construction and oil field industries.  (Cocaine because it is cleared rapidly has become preferred to marijuana  in those industries that get job related UDTs)  I met someone a few years ago who told me he had brokered a cocaine sale between a friend of his and two anaesthesiologists who he didn't name but who worked (and still may be working)   at the hospital I was working at.

The rationale of course for booting somebody over a positive test for cocaine is the assumption that they are selling their prescription in order to obtain cocaine.  There are of course other explainations.  Some of these people are working, something we who treat them are very proud of, and can afford many illicit substances.  Some have spouses or friends who are happy to share.  Some regretably use their meagre disability or social assistance income to buy their drug of choice (just as they do with cigarettes or alcohol).

Most of us in the medical profession have won the lottery in life.  With a few exceptions, we grew up in nice neighbourhoods, attended college and medical school unaware of how the majority of the population live or what their values are.   It shocked me to find out how some people lived their lives and I still impose my middle class WASP values on the patients I see.

Take double doctoring, a sure fire warning sign of drug abuse.  Turns out the doctor-patient relationship may mean something to doctors but it has never meant anything to patients.  In the small towns where I practised as an unhappy general practititoner most patients were happy to see just about every doctor in town.  Not just to get narcotics or sedatives.  They shopped around for second opinions, for antibiotics and for convenience.  In this time where so many patients have no family doctor and where doctors screen their patients and limit their practices, it is hard to think of a time when there was a glut of primary care docs and I remember angry fights between doctors over who the patient belonged to.  This still goes on.  When I review medicolegal charts it is not unusual for patients to be seeing doctors in two different practices over the same period of time.

A common scenario I see is where a patient's family doctor retires or moves away and they can't find anybody to either take them on as a patient or prescribe their meds.  There is a 1+ year wait list for the pain clinic so what they do in the interrim, they buy their drugs.  Why would you not buy something that has worked for you in the past, if you can't get it legally?  Or they borrow from somebody.  But who hasn't taken someone else's medication.  One time in medical school when I had a migraine, a well meaning classmate gave me some of her Fiorinal.  I didn't know what it was (it didn't work either) and I was a little horrified when later I found out what I had taken.  I used to see patients who were taking the antibiotics that had been prescribed for a family member and not finished.  I used to lecture them on this.  Then I was talking to a colleague, "Oh, I tell them to save the leftovers in case they get sick," he said.  What's a bigger societal problem, addiction or antibiotic resistance?   Think really hard about this.

And why do we treat some addictions differently from others.  Smoking for example is a risk factor for low back pain and for CRPS both of which I see in the pain clinic.  So why am I telling patients I won't treat them if they use cocaine which probably isn't hurting them but will treat them if they continue to smoke which actually is hurting them.  Obesity which could be said to be form of food addiction is a huge cause of chronic pain.  Even exercise is an addiction in some patients, some of who come to pain clinic but I see a lot more in the OR getting arthroscopies for their sore knees.  Even alcoholics tend to get a pass, unless they come in falling down drunk.

Like most things in medicine there are no easy answers to any of the questions and I guess as long as I continue to treat chronic pain I will have to continue on in my dual role.

Posted by Bleeding Heart at 8:18 a.m. No comments: