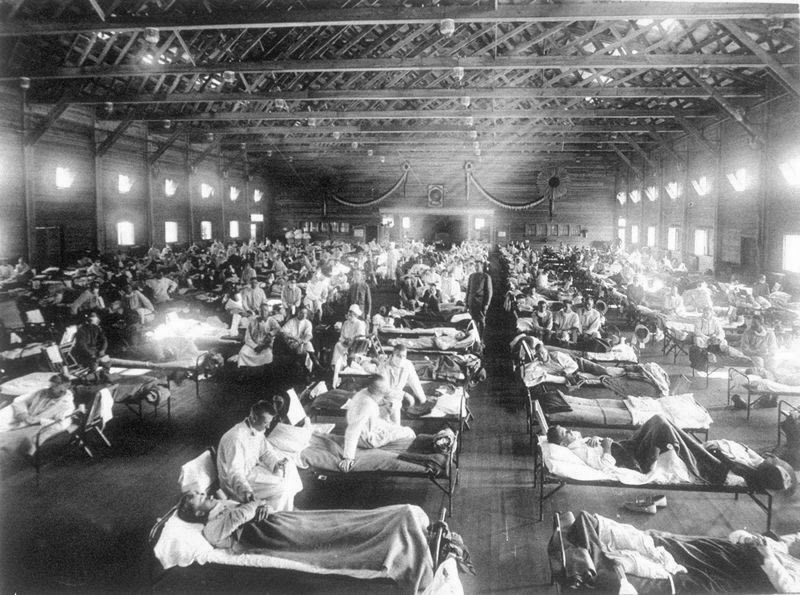 Just before Christmas a lady came in to have a baby at our hospital.  She was sick with the flu and when they sent off the appropriate tests, it was found that she had the much dreaded H1N1.  In to isolation she went.  This shouldn't really be a problem though because our hospital provides free flu shots which include H1N1 and it is practically impossible not to get one.  If you phone staff health they will actually come to where you are and stick you.  Unfortunately only 24% of our labour and delivery nurses bothered getting vaccinated this season.  That meant that all the un-vaccinated nurses who were exposed to this case were sent home. Some of the remaining un-vaccinated nurses got vaccinated.

Labour and delivery nurses are of course a unique subset; some of them belonging to the placenta-eating- breast feed until 5-unpasteurized-organic-anti vaccine crowd.  What was more interesting was that vaccination rates weren't that much higher including amongst some of my colleagues.

I haven't asked everybody but at least 3 people had not been vaccinated (including one who was potentially exposed).  One didn't get the vaccine because she already was having a flu-like illness when they were doing the vaccinations (I did too but I got mine once the symptoms resolved), one told me that the flu vaccine was just for old sick people and one wouldn't tell me why.

As we started getting more and more cases the administration issued an edict.  All staff must either:

If they didn't want to do that they were not supposed to work.  The Christmas closure was just about to start which meant we would only have on call coverage for 2 weeks and I really didn't want to have to find people to work.  I forwarded the memo.

I immediately got an email and phone call from a staff member.  He was planning to work several days over Xmas, he did not want to get vaccinated, he had picked up Tamiflu but didn't want to take it.  I could have been a hardass and told him that he couldn't work which would have meant finding somebody to do his call (this would have inevitably been me) but I kind of wimped out and told him that while I couldn't see what he had against vaccination as long as he had the Tamiflu I was prepared to close my eyes.  I suspect I was not the only "supervisor" who did this.

Christmas came and went (uneventfully staffing wise) and the cases of H1N1 piled up.  We now have 9 ventilators occupied by H1N1 patients at our hospital which means that aside from our anaesthetic machines, there are no more ventilators in the hospital.  Other sites are in similar straights.  Cardiac surgery (gasp) is being cancelled at the Centre of Excellence because the perfusionists are ECMOing people.

Despite all this according to the latest memo only 47% of staff at our hospital are now vaccinated.

Our neighbouring province to the west well before this outbreak mandated that all HCWs either had to be vaccinated or wear N95 masks during flu season.  Most people after wearing an N95 mask for more than 5 minutes will run to the nearest vaccination station.  N95 masks of course don't filter out viruses but apparently are considered better than (or as good as) nothing.

It is an interesting ethical question whether an employer can compel employees to have an invasive medical procedure or take a drug.  No doubt this will be the source of many seminars and journal articles for the next decade.

There are of course some people who defend not getting a flu shot by saying that they actually don't work.  Not being an epidemiologist, it is hard for me to interpret the various studies and of course you can always find something to split hairs on in any study no matter how well designed.  The CDC believes they work.  Anecdotally, I have gotten a shot every year since the late 1990s and I believe I get fewer flu-like illnesses every winter.  This could also be because I wash my hands more than I used to, wear a mask sometimes, take cold FX, my kids not long attend the viral incubators known as public schools and I have been exposed to most of the flu viruses in previous seasons (including H1N1 which I believe I survived in 1976).

Then of course there are those who refuse to take the vaccine citing potential harm.  One of my colleagues tells me of the nurses in a large ICU in another city who refuse the vaccination because one of their colleagues years ago got Guillian Barre around the time she was vaccinated.  This is notwithstanding that there is a baseline spontaneous rate of GBS in the community.  Other people claim they get a flu-like illness associated with the vaccine and I have actually experienced that although nothing like the flu-like illnesses I used to get.  There are of course the tin foil hatters and conspiracy theorists some of whom work in the hospital.  Just about everybody who works in a hospital from the cleaners to the internationally renowned sub-specialist considers himself an expert in health care and the adage "a little knowledge is a dangerous thing" is most apt.

Influenza is not the only illness that can be transmitted to patients although it is probably much more contagious than other viral or bacterial illnesses.  Patients acquire bacterial infections like C Diff and MRSA in the hospital all the time and the vector is most often a staff member.  URTIs which can be quite unpleasant can be transmitted easily to patients.  This orthopod gave up surgery after he believed he gave Hepatitis B to a patient although most people, including me, figure he probably didn't unless he had sex with the patient or bleed profusely into the open wound.  With HIV now considered a chronic disease, I expect there are probably a significant number of HIV positive physicians scattered around North America.  I doubt medical school admission committees or hospitals are allowed to ask.  Transmitting HIV through casual contact is pretty unlikely but I could see the dollar signs in lawyers eyes should a patient believe he contracted HIV while under the care of one of these doctors.

While it is a nice thought to think that hospitals really care about their employees' health and don't want them to catch infections from patients; having now been in administration for almost 4 years, I can tell you that hospital administrators care as much for their employees as 19th century factory and mine owners cared for theirs.  Administrators love to talk about employee wellness as long as no money is spent, no political agendas are disrupted and they get to go on a retreat somewhere nice to talk about employee wellness.  Administrators feel just the same way about physicians by the way. 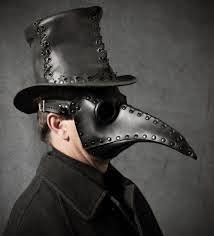 It is hard to believe but doctors and other healthcare workers actually used to catch serious illnesses from patients and die from them.  (In some cases after intentionally contracting the disease to test a hypothesis or a new treatment).  This was considered a sacrifice justified by the prestige and financial security of being a doctor.  I am not sure what the justification was for less prestigious and financially secure workers like nurses was.

So it really comes down to preventing staff from getting sick with the associated sick leave and overtime costs, which is the real motivation behind vaccinating staff.  Administrators were even honest about this in the 1990s when the first mass vaccinations of staff were done.  In fact while staff in a hospital probably shouldn't come in at all when they are sick, this of course leads to sick leave and in all the meetings over the past 20 or so years devoted to cutting costs, sick leave is frequently raised as a significant cost that has to be reduced.

As of now 10 patients have died of H1N1 in our province and given the number on ventilators we can sadly expect a few more.  This has lead to a rush on vaccination with long line-ups and shortages of vaccines.  Any premature death is tragic but in 2012 the most recent year for which we have statistics there were 345 traffic fatalities which averages out to about the same number of traffic fatalities  in the same space of time as we have had 10 H1N1 deaths.  Strangely I don't see people lining up to take defensive driving courses.

Aside from H1N1 which smites people in the prime of life, most of the people who die from Influenza A and B are elderly with chronic illnesses.  I do not mean to be disrespectful to seniors because I am becoming one all too rapidly but Influenza really just takes people who are hovering on the brink and gives them a gentle nudge over into the abyss.  Effectively influenza has taken over the role bacterial pneumonia had as the "old man's friend'.   The problem is that while we all know we can't do anything for these people, we insist on trying which means spending large amounts on futile treatments we all know won't work.  Or worse we sometimes take somebody who might have done just fine at home (or not) admit them to hospital where we give them something like C Diff which really does push them to the edge of the abyss.

Posted by Bleeding Heart at 8:35 p.m. No comments: