My Skill Set No Longer Matches Your Needs

KevinMD continues to be a fertile site for resolving my writer's block.

This is such a great statement that describes how I feel when the Pain Clinic patient shows up asking me to write a letter to fix their disability claim, their WCB case or any of the other jobs I do in the Pain Clinic which they never taught me about in medical school.

Now a lot of the patients I see in the Pain Clinic have been really fzcked over by the system and I used to be happy to spend hours on the phone, fill in forms or write letters I know nobody will read on their behalf. I am really amazed that patients think my opinion is that influential.

I know that most of the patients I see in the Pain Clinic are never going to go back to work but I do my best to try and make them more comfortable and functional. This is difficult sometimes when you spend most of the visit discussing how the patient can maximize their income support from various sources.I have become less tolerable of this complete waste of my time. I now have a stock response to the patient who complains about his treatment at the hands of Workers Comp:

3. You can forget about your WCB claim and get on with your life.

For disability insurance problems, I usually advise them to get their union involved (in the small minority who have a union), or get their employer involved (he usually paid the premiums so might be interested). For welfare problems, I advise them to see their member of the legislature (it's amazing, then again maybe not, how few people know who their MLA is). One of the better funded pain clinics in our province actually has an "Entitlement Group" where patients can learn how to navigate the system.

There is of course the patient in whom I do write a letter who brings the letter back demanding revisions or asks for another letter because the letter I sent didn't get the response they were looking for. All this doesn't necessarily make me popular, like the other blogger says, "My Skill Set No Longer Matches Your Needs". 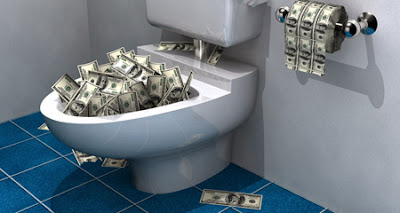 Somebody printed out this article on put it on our bulletin board, so I was able find it online.

We use a lot of advanced equipment in anaesthesia and a lot of what we use has become more complicated an expensive since I have been in practice.

On the other hand, consumer goods have become more complicated but less expensive over the same time. For example I paid $600 ($1259 in 2013 dollars) for a VCR in 1983. Assuming I could even find one, I suspect I would be paying about $50 now in 2013 dollars. I bought a Blue Ray player at Costco for $100 last year. My first desktop computer with 1 megabyte of RAM cost $4000 in 1991. My latest lap-top cost just over $400. What is most medical equipment except a big computer?

As the article points out, even allowing for a modest profit, it is possible to build a videolaryngoscope for a lot less than we currently pay for one. A couple of weeks ago while walking thru Costco, I found a flexible fibre-optic camera on sale there for about $100 complete with a videoscreen. This would be useful for plumbers but it could have all kinds on other uses, like looking for the stuff that falls behind my desk. Or as I told my wife, a home sigmoidoscope. This just shows how cheaply a fibreoptic device can be made nowadays.

I wonder how much of the healthcare costs which we are told are spiralling out of control are due to the capital costs of "medical grade" equipment that we have to buy. In a country like Canada which has for all intents and purposes no electrical manufacturing sector, this means a transfer of our tax dollars to places like South Korea and China not to mention the money that gets skimmed off by American or European middlemen we have to deal with. A country with a population of 30 million like Canada could probably produce it's own cheaper medical devices on a break even basis, paying workers good wages but that would require government intervention and even a bleeding heart liberal like me doesn't trust the government that much. Bulk purchasing has been shown to work although getting multiple hospitals and practitioners to agree on one product is next to near impossible plus you give one company a monopoly and the quality of service goes down.

One of the effects of high prices is that sometimes hospitals just won't buy a piece of equipment you feel is necessary because it is too expensive. This affects surgery less than anaesthesia and a lot of the equipment we feel we "need" adds nothing to patient care; however I remember the struggle to get pulse oximeters in the mid-late 1980s. They cost $10K then despite not being much more sophisticated than a VCR and it wasn't until the price came down and (less importantly) practice standards came out that their adoption became universal.

Now of course medical equipment is a little different from consumer equipment in that it has to be sterilizable and may have higher standards of electrical safety but certainly not enough to justify the huge mark-up which as the article points out is only equalled by crack cocaine. It would be great if for all that extra money went towards a more durable product but we all know how much downtime medical equipment spends being serviced and the cost of that service.

One of the plastic surgeons told me he was going to do video-assisted carpal tunnel releases in his office. Instead of the expensive monitor the company wanted him to buy, he just went to Best Buy and picked up a flat screen TV. Expensive monitors have proliferated all over the ORs and endoscopy suites which are probably no more sophisticated (maybe less sophisticated) then the brain-sucking Big Screen TV in my mancave but probably cost 10X as much.

Consumer health products do not seem to affected by the mark-ups that the hospitals pay. You can buy a home ECG monitor like this, or a finger pulse oximeter for under $100. Devices with cables that work with your i-phone are now available.

This remains one of the real scandals in medicine and it would be nice if our politicians and media stopped harping on how much doctors and nurses get paid and looked into this.