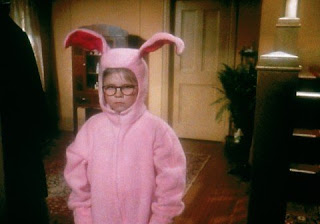 Seems like every year brings some type of milestone event.  While I haven't reached 60 yet, this Christmas will be my 60th.  I don't remember the first two.  The third was the Christmas I had measles which I previously blogged about.  I have memories of that Xmas although they may be enhanced by the photos in the family album I have seen many times.  My first two Xmases were not documented perhaps with a 4 and 16 month old plus two other youngsters my parents may have had other priorities besides taking photos.

I remember most of the other Christmases although some merge into one another.

Growing up in Victoria, white Xmases were rare, rain was not uncommon and quite often we had quite a pleasant day.  These were a bit of a drag as your mother would shoo you outside to play when all you really wanted to do was to play inside with your toys.  An exception was the Xmas when I was ten and got a bike.  I had asked for one, I really needed one as the hand me down I was riding was too small for me and frequently needed to be fixed, but I didn't know whether I would get one.  On Xmas morning I got a note from "Santa" in my father's handwriting telling me he couldn't get my gift down the chimney but that I could find it in the basement.  Down in the basement was a black Raleigh 3 speed.  That Xmas I took advantage of the un-Canadian weather in Victoria to ride around the neighbourhood.

My parents were always generous with presents, given that we had 4 children.   Presents were usually something we needed like my bike and when we asked for something in the fall we were usually told to wait for Xmas.  This usually worked out.  We never got clothes for Xmas; my parents believed it was their duty to clothe us and clothes were not gifts.  We of course also got a lot of a silly and fun stuff.

On the 24 my brothers and I usually went downtown to buy presents for each other with the allowance money we had saved.  This usually meant a budget of $1 per person and it was an interesting time time to find a gift in that range.  My parents of course always bought other presents for us and there were presents from the relatives.

My mother who I think (hope) loved Xmas spent most of December buying presents and baking.  She also made Xmas dinner single handedly.  This included fruitcake which she started in November.  She made enough that we could eat it all year.  When we got married, my wife at my insistence, made fruitcake until we both came to the conclusion that nobody actually likes fruitcake.  There was of course Xmas pudding which is almost as bad as fruitcake which my mother made lots of and we ate all year round.

Xmas dinner came with the crackers which came with a little toy and a funny paper hat which we always wore throughout supper and into the evening.

I stopped believing in Santa Claus when I was 7 and a kid in our class who was a year older told me.  I should have figured it out.  I had stopped believing in the Easter Bunny already.  I remember when I was younger, my mother told me I couldn't get out of bed as I might scare Santa and lying in bed with a full bladder in the early morning afraid to leave my bed.   I also remembered going to see Santa at the Bay and being scared.  Santa who was a little gruff, noted when I got on lap, "I saw you in line and you looked scared, why is that?"  I worried for the rest of the season that I had upset the Big Guy.

We always had a family picture taken at Xmas.  Initially we all posed under the tree holding our favourite toy and in one photo you can see me pointing the toy gun I got at the camera.  Later after somebody sent us a Christmas card with a family portrait, my mother decided that we would do the thing and we for years all posed in front of the mantelpiece.  Someone would set up a camera on a tripod and used a time release which never worked and the photo sessions went on forever until we got a workable picture (or so we would find out a week or so later when we got the photo back from the drugstore).  We never did send out a card with a family picture.

Christmas day was a day spent mostly in the living room playing with our toys. These stayed out on Boxing Day. December 27, my father usually went back to work and gradually the living room got tidied up until, sometime towards New Years, my mother told us to take our stuff to our rooms.

I remember my first Xmas away from home when I was an intern.  I was in Halifax and assumed that everybody in Canada outside of Victoria and Vancouver had a white Xmas.  The weather in Halifax that winter was a lot like what I had experienced in Victoria, maybe a little bit more miserable.   I had some hope Xmas eve when I looked out the window of the ICU and big snowflakes were coming down but they didn't stick or last and I believe I walked home the next morning in a drizzle.  Getting home, I opened the presents my parents had thought to send, had a bit of a nap before heading over to a friend's house for turkey dinner.  All in all it was a pretty good Xmas.

My first Xmas with my wife and each of the first Xmases with our two children are of course memorable.

I had the good fortune to not have to work on Christmas day often in my career.  The first year of my residency my wife was working so I volunteered to work and we had the turkey on the 24th.  Work was as I remember quite light that day and I mostly watched TV all day and into the evening.   We brought in leftovers from the day before and my wife and I ate together in the cafeteria.

One year before I started my residency I was doing a locum in Victoria and staying at my parents' house.  The clinic I was doing a locum for told me (they may have asked but I think they just told me ) I was on call from them and two other groups for the Xmas week.  This consisted of mostly answering phone calls, making house calls and making the odd ER visit.  They did give me the name of a physician who could cover for a few hours if I needed.  It came on the 27th that I decided I would really like to to have dinner uninterrupted and phoned said individual.   "Why do you need me to cover," he asked in an English accent.  "I would like to have dinner", I replied.  "As it happened", he came back, "I am going out for dinner and if it comes to between your dinner and my dinner, I am going to take mine."  I suppose he couldn't help himself, he was after all English.

For most of the past 20 or so years our family have spent Xmas at the dacha and this has become our Xmas tradition.
Posted by Bleeding Heart at 5:47 p.m. No comments: