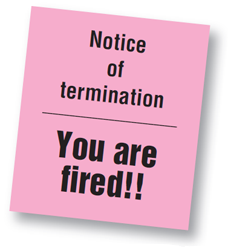 Almost two months ago, I got deposed, fired, terminated however you want to put it from my job as Department Head.  Officially I was told my term had ended (it hadn't actually) and I was not being renewed.  I was told they wanted somebody younger and who worked full time.

Firstly don't feel sorry for me.  I only got paid a very modest stipend that probably compensated me barely for lost clinical earning time and for the after hours work I did.  I am still working in my same clinical capacity only with a lot more freedom now that I have no more administrative duties.  I am sleeping better and drinking less.

Over the year or so prior to my dismissal I had noticed a chill in my relations with the administration.  The hospital had shaken up its administration meaning that some of long term relations I had with various people were no longer there.  In addition the shake up meant that some positions were vacant for up to a year which was a little frustrating.  I noticed that we had fewer meetings ( a good thing) but that the meetings we did have were meetings where things were announced as fait accompli with no opportunity to even discuss them.  I noticed that I seemed to be more out of the loop, I found myself eavesdropping on surgeon's conversations in the OR lounge to find out what was really happening.

When we did actually meet I found that any disagreement was looked on as bordering on treasonous and often taken personally.  After one meeting one person took me aside and asked me why I didn't like her?  I tried as best I could to be pragmatic and modulate decisions made by administration into something that could actually work in the real world.  This of course put me in conflict with my own department who are a lot less pragmatic than I am.

About six months ago I actually drafted a resignation letter but I thought that would just leave an power vacuum which the administration would exploit.  So I did what they said to do in all the administration courses I took (usually paying with my own money), I hired an executive coach (using my own money which I justified by saying it came out of my stipend).  I had four sessions which were interesting as a venting experience but was really not much help.  After 4 sessions that coach said she would follow up in a few months but I think she just gave up on me as lost.

I took some time off during the summer during which I had a long European vacation and did a one month medical mission.  By time off, I mean that I still answered emails and even attended some meetings by teleconference.  This gave me some time to reflect on what was going down and what I had to do.  I came back feeling that I knew what I had to do, that I could patch up things with administration and the directions we had to go in the next year.  I was actually excited about coming back.

There was the ominous request for a meeting with the Medical Director as soon as I got back.  I didn't sweat this; we meet every few months, I air my grievances, he airs his.  Nothing really gets accomplished.  This meeting about a week and a half after I got back, started with the usual pleasantries and I aired my list of problems.  This went on for about 20 minutes after which he told me that the medical administration was being re-jigged, that my term was up and that they wanted somebody younger and who didn't work part-time (I do chronic pain part-time although I am on site at my hospital 7.5 days out of 10.)  I was a little shocked both that it finally happened but more so in the calculated way it had just happened.  From the conversation I had gathered that I would stay on as care-taker chief until somebody was chosen but the next day the hospital announced by memo that although I was "held in esteem", I was no longer department head.  Having been given the uncharacteristic courtesy of reviewing the memo in advance, I was able to pre-empt this with my own memo.

The response of my department was one of outrage which was gratifying although I suspect some of that was that one of them would have to do it or worse, we would get somebody from outside.  An emergency staff meeting which I didn't attend was held and a letter was drafted.

Meanwhile I headed down to my dacha, walked along the river and stared at the mountains and by noon Saturday, it was all clear.  I could fight this, maybe "win" and live in a poisonous relationship with administration or I could just  focus on all the things I had had to let slide over the last five years (like writing this blog).  I composed a group email, stating that I no longer wished to be department head and that I was at peace with administration's decision.  I asked them to unite behind their acting chief and whoever was chosen to succeed me (almost two months later and no movement on that end).

It is unusual after being involved in the running of the department and aspects of the hospital to just be completely out of it.  I occasionally see down the hall somebody I used to meet with a lot who I never see anymore.  Some of the time I think how little I enjoyed the time spent with them.  A few weeks ago I arrived a little early and the OR committee was meeting next to the OR lounge and of course I used to attend those too.  My email inbox is now manageable size.  I occasionally hear of some problem and think how nice it is that I don't have to solve it.  I can exercise before or after work because I don't have any meetings.

I am still not sure what prompted my whatever you call it.  I kind of wish I had gone out with some outrageous, quixotic, act of defiance which people would talk about for years to come.

Last weekend my department had a nice what I called a "welcome back" dinner.  Speeches were made (actually just one speech) and I got some nice gifts.  I wonder, if the hospital changes its mind, do I have to give them back?
Posted by Bleeding Heart at 1:40 p.m. No comments: