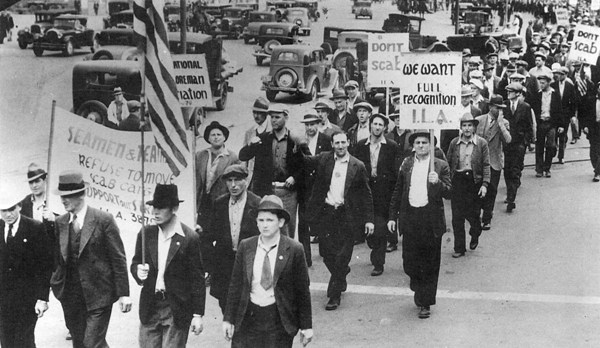 A very wise and now deservedly retired anaesthesiologist and medical politician told me the following many years ago:

"Negotiating with the government is like having a farting contest with a skunk."

While doctors in Canada are fee for service and some hospitals are nominally private entities; close to 100% of the money we get for medical fees and what the hospitals get for patient care (which affects how much we can bill in a fee for service system) come from various arms of the the government.  Medicare in Canada in Canada now dates back to the 1960s.  This means there is a whole generation of doctors in Canada myself included who have never given a Canadian patient a bill for a medically necessary service.  The odd patient with no coverage that I have to ask for money makes me feel weird, I suspect quite a few doctors just eat the bill and don't even bother billing.  When the rare boob job patient we get at our hospital pays me in $100 bills, I feel really dirty (for a while).  Getting paid almost exclusively by the government is not necessarily a bad thing; having a single payer makes billing really easy and we rarely get stiffed.  And after everything most doctors in Canada do okay and quite a few do very well.

Dealing with the government means every 2-5 years our union, which some people insist on calling a medical society, has to negotiate with the government.  Originally a fee schedule was arrived at with increase that usually more or less followed inflation and no upper limit on the total amount that either individuals or the entire profession could bill.  Predictably as doctors realized how to play the fee schedule and as patients realized that medical care was actually free the amounts spent on physician fees (or salaries as the press and politicians like to call it) exceeded the inflation rate.   Therefore around the time that I started in practice, governments started restricting the amount of money spent on physician services.  Attempts at restricting the amounts that an individual could earn fizzled out when it was realized that people would just stop working when they had reached their cap.   A global cap on physician services was arrived at with the threat of clawing back or pro-rating fees if the cap was exceeded (this to my knowledge has rarely happened in Canada).  Medical associations eventually arrived at sectional caps so that I, for example would not be penalized the the profligate ways of the plastic surgeons.

Periodically it is announced that doctors have gotten a X% fee increase.   This does not mean that I am going to get X% more money next year.  I might get more, I might get less.  Our union, oops medical association takes the money and allocates it to various specialties and procedures.  For example specialties like paediatrics and neurology may get a higher percentage of the fee increase because their overall incomes are less.  Over the last 10 years more of the fees have been directed towards after-hours premiums which are great for people like anesthesiologists who do a lot of work after hours.  We recently negotiated a 25% surcharge for obese (BMI over 35) patients.  Our own section of anaesthesia now has two hourly rates reflecting the various complexities of different cases.  We were also in the process of phasing out our procedure based billing which occasionally allowed anaesthesiologists to make huge fees for a single case.  Not a perfect system but better than what existed 20 years ago.

For those of us not involved in medical politics, while we noticed that our union and the government hadn't yet reached an agreement, we kept on getting paid and nobody was really that worried.  That was until the Minister of Health unilaterally imposed a deal on the medical profession.  At face value and according to the talking points issued by the government we were about to receive a 3 % increase with cost of living increases in the next few years.  That was until the small print was looked at.

Affecting anaesthesia was the elimination of the our higher tier of hourly rates and a 10% reduction in after hours premiums.  The procedure based billing which we should have eliminated years ago is also gone.  Other specialties got hit as well in different ways.  Somebody presumable is getting the extra 3% the government keeps talking about we just haven't figured out who.

This has put our society/union on high alert.  It has resulted in multiple emails from the president; an ad campaign from the government  and talks of striking or withdrawing services.

There is no question that some procedures pay way too much for what is involved, and some specialties make way more that they should for the hours they work and the complexity of the service they provide.  Some could argue that we as anaesthesiologists are over-valued.  Everybody looks at everybody else and undervalues what they do.  It is also true that our medical association has done very little to address these inequities assuming they exist (and they do).

I really don't like getting paid less for the same amount of work and on top of this just before this announcement, I finally figured I could afford to work less and actually quit one of my jobs.  I have a little sympathy with some of my younger and not so younger colleagues who have got themselves into huge mortgages based on the assumption of a certain income.  On the other hand I am a little bemused by the attitude of doctors.

Face it,as a bleeding heart liberal I usually keep my mouth shut when a political discussion breaks out in the doctors lounge.  Quite a few doctors still think that Genghis Khan was a bit of a leftie.  The  past 20 years have been a time of union busting no less in Canada than in the US and announcement of this have usually been received with glee in the forum of the doctors lounge.  All while it is gratifying to learn of the support the general public has for us either in the letters to the editor or in polls commissioned by the medical association; the public is better off not knowing how little the doctors have supported them in the past.

Doctors of  course will argue that they are not a trade union but independent professionals and they of course are welcome to that delusion.  Some will even argue that without medicare, they would be able to make incomes equal to or exceeding what they make now from the patient's pocket.  This is of course true for  some, however quite a few of my colleagues would starve if patients had to dig into their pockets for the crappy service they provide.

Hello There.
It was very interesting for me to read that blog. Thanks the author for it.
I like such topics and everything that is connected to them.
I would like to read more soon.
medicine
medical answers