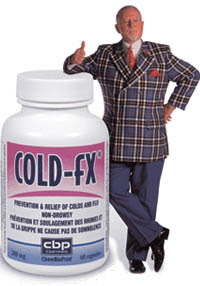 I found this interesting article on Nation of Change

I have for one reason or another taken some type of supplement for most of my life.

As a child my mother would not think of letting us go to bed without taking what she called an oil pill which I believe was cod liver oil and a Vitamin C tablet. I continued to take Vitamin C into adulthood in only because the chewable ones tasted good. I don't think they prevented colds, I seemed to get more colds and longer colds than most. I never quite figured that out. In university my room-mate who was doing his PhD in biochemistry convinced me to take Vitamin B complex as well which I did for a few years. In medical school they told me that all vitamins did was create expensive (but nutritious healthy) urine. I stopped taking Vitamins.

In the mid 1990s I for some reason developed PVCs. After a panicked trip to the ER, sleeping overnight in a stretcher, a stress test and echo it was decided that I had what were "benign PVCs". I stopped coffee for 6 months and still had PVCs so I started coffee again. A medline search on benign PVCs lead me to believe that salmon oil might be effective so I started that and have taken that ever since. I also started to take Vitamin E and aspirin. Somewhere along the line I learned that Vitamin E actually increased rather than decreased cardiac mortality so I stopped. I also ran out of aspirin and just never got around to getting any more. My heart continued to merrily beat on irregularly for several years until one day the PVCs disappeared (I lost about 25 lbs on South Beach around that time, most of which I have put back on). I still take fish oil.

Cold FX was the next supplement. This extract of ginseng was actually developed at our university. Despite its being endorsed by Don Cherry, I was sceptical until a study came out showing taken prophylactically it did reduced the frequency and length of colds. I take 2 a day now and rarely get colds. There are of course other factors, I have probably had every possible strain of rhinovirus and am immune, and I wash my hands a lot more nowadays at work.

After I gave a talk to family medicine rounds, one of the family docs approached me and asked if I had ever prescribed Vitamin D for my patients. I said not, but right away went onto Medline and sure enough there was something there, especially at our northern latitude. I now measure Vitamin D in my chronic pain patients (it is universally low!) and take 6000 units a day myself. This seems to have solved my seasonal affective disorder. The jury is still out on Vitamin D and chronic pain but I figure if someone's level is low it makes sense to treat it. I of course have never measured my level either before or after treatment.

Oh yes my SAD which I self diagnosed about 10 years ago. Going to work in the dark, coming home in the dark and working all day in a windowless room didn't help that at all. I bought a SAD light, the problem with is however you have to get up 30 minutes earlier to sit with the light. I also brought one of the blue SAD lights for when I spent the day in a windowless room. Somebody stole that light, I hope they are feeling better. As I mentioned Vitamin D and changing work environments helped the most.

About 3 years ago I developed tinnitus. I attribute this to sitting in front of the trumpets in band, although I am sure the high pitch of the cautery and suction in the OR have something to do with this. When I was a GP patients occasionally presented with tinnitus; I usually dismissed them as complainers, wasting my time. I had no idea tinnitus could have such an effect on your life. I got custom fit ear-plugs for band practice which I couldn't use because they distorted the sound so much (my conductor told me most musicians just use the cheap foam ones). I still use them for rock concerts, hockey games and plane flights. I tried Vitamin B6 which I had always recommended to patients. I had heard it caused "flushing". Flushing poorly describes the total body burning I got after I took my first and only dose. Ginkgo was also ineffective if better tolerated. Finally I read about CoEnzyme Q 10 and picked up some. My tinnitus seems to have been reduced although it could just have gotten better on its own, plus I no longer sit in front of the trumpets.

I suffer from gout for which I tried various supplements none of which worked. Conventional medicine wasn't that effective until I got an internist I know to prescribe colchicine, which I fortunately tolerate and which kills gout in about a day. I could stop drinking beer and red wine but I like beer and red wine.

The result is that this morning I took:

I chewed the Vitamin C, the rest I threw in my mouth and washed them down with a large glass of water. I followed this with my favourite supplement: coffee.

I know that the evidence for most of this is weak but there is evidence and for some of them there is as much evidence as there is for conventional treatments. The difference is we don't see detail men out buying lunch for Vitamin D and CoEnzyme Q. And I know that periodically evidence will come out that these supplements don't work or may even be harmful, just as they have been for countless conventional medicines since I became a physician. I mentioned above the Vitamin E may in fact be harmful. We recently learned that multivits may be harmful. Next time I have a few hours I will discuss all the conventional medicines we now know to be harmful or useless.

I also know that most supplements are not manufactured by mom and pop operations on their solar powered organic farm but are in fact made by big corporations, often by Big Pharma. Shoppers Drug Mart (which owns or is owned by a tobacco company) makes its own house brand of supplements as do the other large chains. There is huge money to be made in supplements largely unfettered by the regulatory scrutiny prescription medications have to undergo.

I can't really say that the handful of supplements I swallow every morning are helping me. Maybe if I just ate better and exercised more I could accomplish the same thing. Some of my complaints like the PVCs and the tinnitus have gotten better; on the other hand no supplements helped with the gout and some supplements didn't work for the tinnitus either. I spend a significant amount of money every month for which I don't get reimbursed by my drug plan. Expensive placebos. Who knows? I learned long ago if the patient believes something is working, you should encourage him to take it (provided it isn't harmful).
Posted by Bleeding Heart at 8:58 a.m.

If your PVCs bother you, you may want to try magnesium. In case you want to add more pills.

Melatonin: can it stop the ringing?
In the same way human skin is set to create vitamin d from UVB exposure from dawn to dusk, so pineal gland is set to produce melatonin from dusk to dawn. Time release melatonin is cheap, build up the amount you take before bed as it take a while to adjust (you may get some extra vivid dreams initially) also good idea to use F.lux: software to make your life better to enable natural melatonin production to start earlier.